Future Drone Pilots: How Teens Can Build Skills Over the Summer 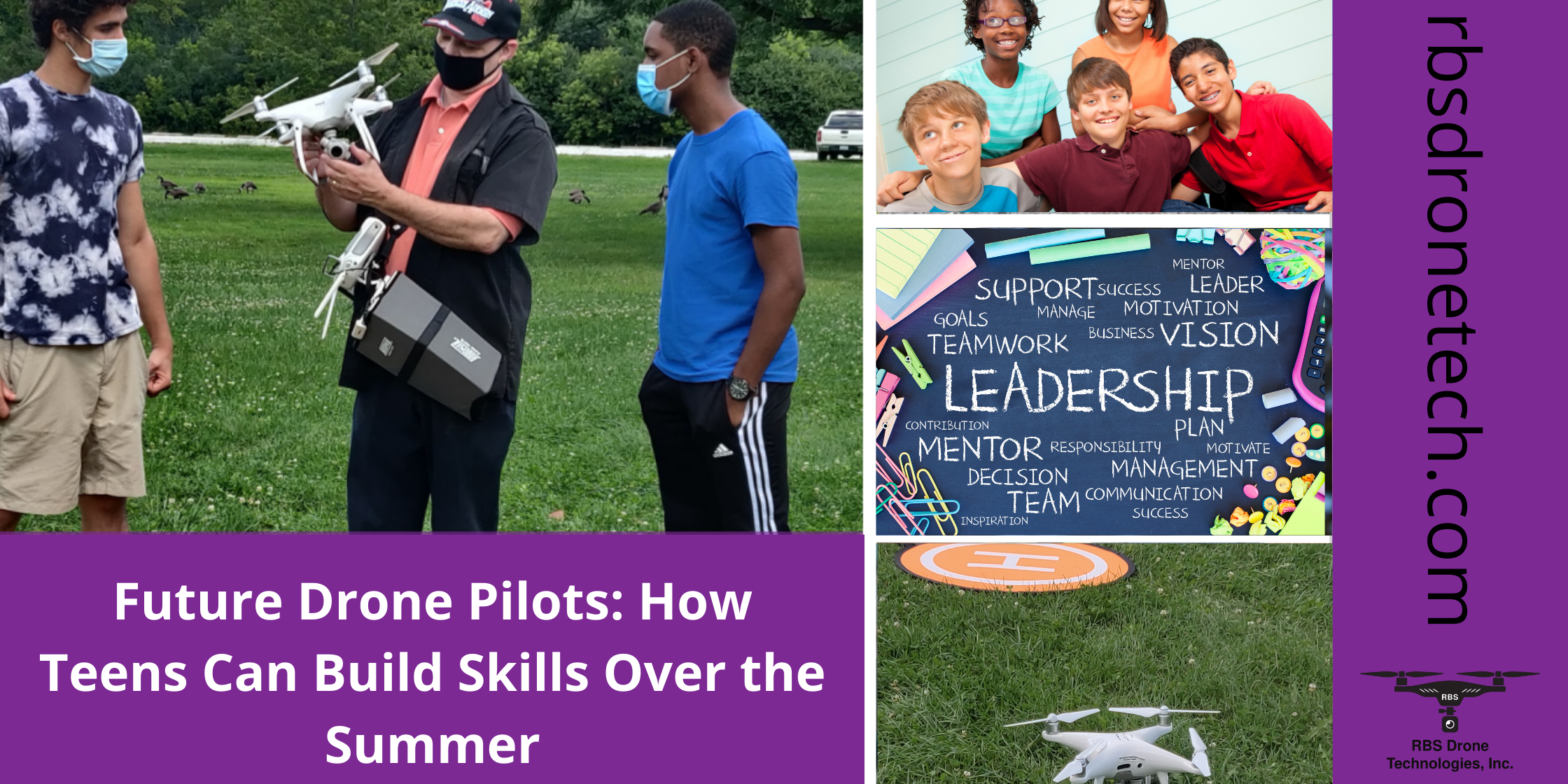 Are there any drone camps for teens? How do I become a drone pilot? These are a few initial things teen or their parents may be wondering about as the school year ends and summer programs start.

STEM camps, and even photography and video courses can help you gain skills that will support a future career as a drone pilot.

Teens want to know! What exactly is a drone pilot?

First and foremost, what exactly is a drone pilot? Simply described, a drone pilot or operator is someone who pilots a drone, a kind of unmanned (or unmanned aerial vehicle) (UAV).

What exactly does a drone pilot do?

Drone pilots may work in a variety of fields, including:

What qualifications are required to become a commercial drone pilot?

Flying a drone lets you explore new angles, camera motions, and views in ways that no other camera can. Drones allow us to observe the world as we have never seen it before.

Here are some talents that are helpful to become a drone pilot:

A drone pilot must grasp how to utilize your camera to its full potential, including the significance of light, exposure, shutter speeds, aperture settings, and focus.

Drone images not only appear very professional, but they may also elicit a feeling of amazement and intrigue that ground-based photography cannot.

You must comprehend the value of cinematography, color, composition, and narrative to become a drone pilot. Drone footage must attract and fascinate its viewers.

Aerial video requires smooth and continuous motions; otherwise, it seems choppy and unprofessional. The pilot must have the skill and expertise to perform cinematic drone maneuvers while keeping cool and composed.

To become a drone pilot, you must first learn the fundamentals of flight, as well as the sciences of lift drag and aerodynamics.

Now, since we know what are the skills required to become a drone pilot, why not try to master them from the get-go.

Here’s what you can do this summer to engage your mind and build skills down the road as a drone pilot:

To do this, you can check your local area for any drone camps and join them. Following are some of the drone camps in Illinois and Chicago. AAI AeroVerse, part of the AeroStar Avion Institute has some E-learning programs, and you can indicate interest in summer camps on the website.

Entrepreneurs are business leaders. Take time this summer to build your leadership skills with Leadership Camps for Teens at the Chicago Park District

Meet the Team from RBS Drone Technologies, Inc. and ask all of your questions at the “Aviation’s Salute to Pioneering Colorful Women on June 11, 2022, at noon at Bult Field, 28261 S. Kedzie in Monee, IL. Learn more here.