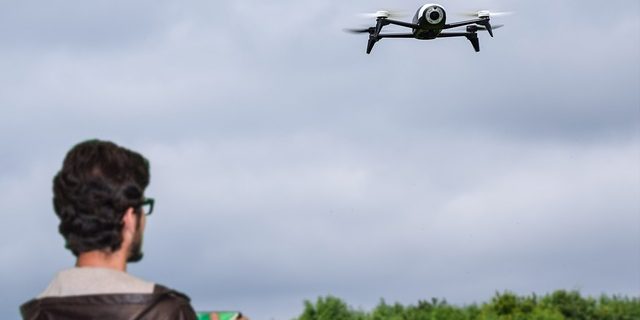 Drones continue to get safer and easier to fly every day, with things like obstacle detection and collision avoidance sensors and even more precise GPS. Sure, there are “futuristic” sounding things link Drone Taxis being piloted in China and drone delivery here in the US.

But are also plenty of uses for drones in the US right now. All you need is an FAA Part 107 Commercial Drone Pilot License, and an entrepreneurial spirit, and here are businesses you can build or jobs you can fill today.

Drone photography is quickly becoming the norm to give real estate agents an edge for their listings. From starting with a wide shot to capture a neighborhood, to moving up the front sidewalk and literally through the front door, drone videography can give a 360-degree virtual tour.

Roofs, Water Towers, Cruise Ships and lots of difficult to reach places will be easier with drones. “Drones today are used today to perform jobs that people don’t want to do, like inspecting the inside of a nuclear power tank or the inside of a disused mine, which are not safe environments for people,” says Miriam McNabb, Editor-in-Chief of DRONELIFE and CEO of JobForDrones.

“Many large fire departments like LAFD and NYFD and large police departments all over the country already use drones to manage and assess firefighting efforts or accident scenes,” says McNabb. For example, a heat resistant drone with infra-red sensors could go into burning building to locate anyone who might still be inside first.

Accident scene reconstruction is another great example of doing things better with drone technology, says McNabb. “Police can take aerial images of a crime scene very quickly with a drone.  Those images can be processed with special software to create accurate measurements of the scene that can be used later to determine exactly what happened.”

“Drones are a vital, time-saving tool for life-saving operations. They can cover large areas quicker than foot patrols; offer a cheaper alternative to helicopter call-outs; and provide crucial real-time situational awareness from above, aided by thermal and zoom cameras.” That’s according to DJI Drones, a drone manufacturer and leader in using drones for good. 279 were people saved by drones from January to October 2019 alone.

Drones are part of an array of technological approaches to farming that is making farming more precise and accurate than ever before.

Hear something in your yard? Send the drone to investigate while you see everything on your smart phone. And no one will know they are being watched if it’s from 400 feet in the air…although that last one is better if you are doing the surveillance, not the one being surveilled!

Train to Get Your Commercial Drone Pilots License

Contact us today to sign up to for training to prepare for your commercial drone pilots license. 100% People who have taken our training and take the test pass on their first try.