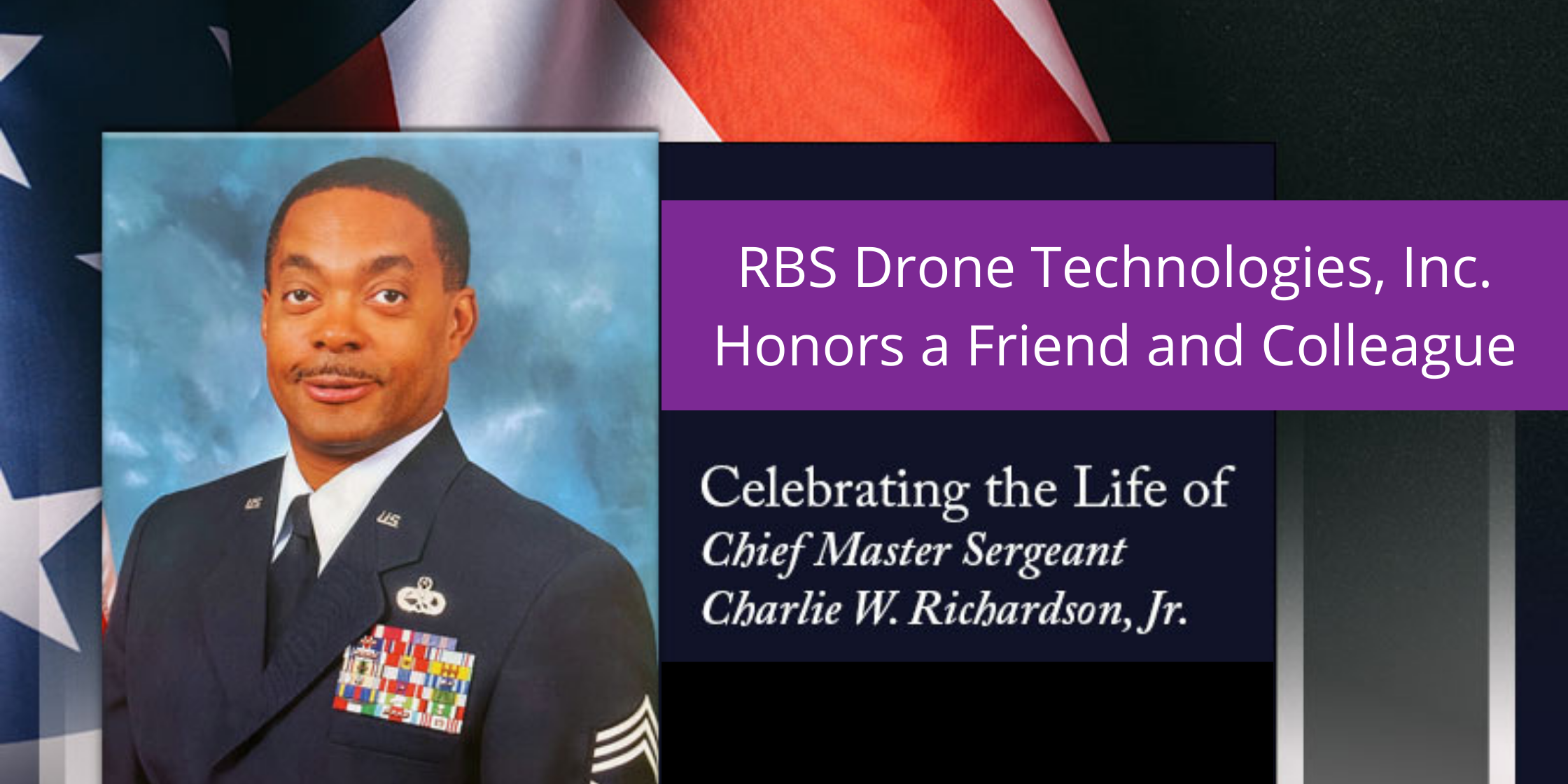 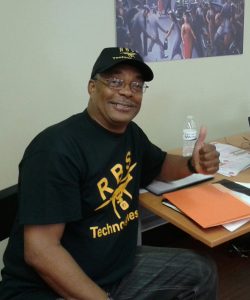 There’s a quote from Harry S. Truman that says, “It’s Amazing what you can accomplish if you don’t care who gets the credit.” Charlie embodied this every day of his life, says his friend and colleague, Ken Rapier.

Ken also recalls Charlies leadership, hard work and commitment thinking of the Tuskegee Airmen National Scholarships that were announced in September. Every Chapter can submit up to five applications. “With Charlie as the Chairman of the Chicago “DODO” Chapter Scholarship Committee, for the first time in history, one Chapter got scholarships for all five of their applications. That was the “DODO” Chapter, and it was a reflection of Charlies hard work and commitment,” said Ken 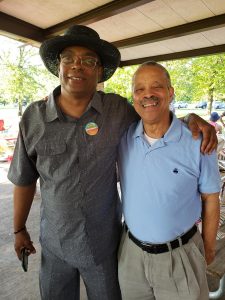 Chief Master Sergeant Charlie W. Richardson, Jr. was an aerospace quality engineer and the President and CEO of Quality and HR Consultants, Inc. He is active in organizations dedicated to inspiring youth. In addition to being involved in the Tuskegee Airman – Chicago “DODO” Chapter, Charlie also served as the membership chair for The Frogs Club.

He was head of business development for RBS Drone Technologies, Inc, and will be missed dearly. On behalf of the team at RBS, we send our deepest condolences to Charlie’s family.

Chief Master Sergeant, Charlie William Richardson, Jr. was born June 28, 1949, to Charlie William, Sr. and Maude Richardson in Chicago, Illinois. He was the oldest of two children born to this union. Charlie was educated in the Chicago Public School system, graduating from McKinley Upper Grade Center and Wells High School. He furthered his education by attending Wright Jr. College and Chicago State University, majoring in Business Management and Marketing. In May of 1969 he enlisted in the United States Air Force under the Buddy System with his good friend, Jerome Hargrett. Charlie served his country in two wars: Vietnam and Desert Storm.

He joined the Illinois Air National Guard in the 126th Air Refueling Wing, in September 1974. He was gainfully employed as an Air National Guard Air Technician/Aircraft Engine Mechanic for approximately 20 years. He then moved over to another government agency, Defense Contracting Management Administration (DCMA), as a civil service employee, while maintaining his military guard status. He was then transferred to the headquarters: Illinois National Guard in Springfield, Illinois. This is where he achieved the highest non-commission officer ranking, which is an E9: Chief Master Sergeant. His position was Chief of Regional Recruiter for Diversity for the Illinois Air National Guard. He retired from the military after 32 years of service and retired from his civilian position after 36 years of service.

Since Charlie enjoyed his career, in 2008 he honed his entrepreneurial skills and organized his own company: Quality and HR Consultants. As President and CEO, he worked as an Aerospace Engineering Consultant for Lockheed Martin and Boeing. Charlie worked his business well, until his health declined.

Charlie always loved staying technologically adept and was willing to share his wisdom and knowledge. He was gifted with a ministry of servanthood. He had a profound labor of love. Charlie was willing to repair anything and if he couldn’t, he knew someone who could! With his outgoing personality, you could always expect him to be supportive. He was one who was reliable, dependable and most always present at family and friends’ events. Charlies was a natural mentor and specialized in locating employment for many. Charlie had a natural gift of exhortation and was a great listener.

SPIRITUAL JOURNEY “Train up a child in the way he should go, when he is old, he will not depart.”

Charlie’s parents laid a profound and concrete foundation of Christian principles for he and is sister. His spiritual journey began at Metropolitan M.B. Church where he accepted Christ at 10 years old. He was baptized under the leadership of the Late Rev. E.F. Ledbetter, Sr. Charlie actively attended Sunday School, BTU and other various organizations in the church. His spiritual growth later led him to re-dedicate his life to the Lord. He joined Salem Baptist Church/House of Hope, along with his wife, under the leadership of Pastor James T. Meeks, where they were most active in the Marriage Ministry.

Charlie married his loving wife, LaVina Crockett in 2005. Charlie was a world traveler for the military; but he most enjoyed traveling on worldwide adventures, i.e. Italy, France, etc., with his beautiful wife, LaVina. He enjoyed traveling with his children, grandchildren, and family as well. He and his wife LaVina loved having their well-known “grandchildren-nephew-niece sleepovers” sometimes with as many as eight at one time.

He loved movies, especially Westerns and James Bond movies. He loved aviation, historical documentaries, and photography. He had a knack for always possessing the latest technological gadgets. He as the family’s master griller and a great cook. Charlie made sure his three children learned to cook well. He was a legendary music connoisseur and he especially loved jazz. He and his later sister, Janice, loved being reminded of the many old hymns they learned while growing up in church and would often sing them together.

Charlie touched many lives. In particular, this prompted his godson, Brandon Robinson, who at age 22 years old had such love, respect, and a spiritual connection with Charlie, that he donated his kidney to him in December, 2006. After being gifted with this kidney, Charlie would most often say, “Praise the Lord! Now I’m 22 years old again!” His smile, sense of humor, humility, positive and upbeat personality, could brighten up any room.

Charlies was a member of the Tuskegee Airmen Chicago “DODO” Chapter, holding the position of Chairman of the Scholarship Committee. As quoted from Harry S. Truman: “It’s amazing what you can accomplish if you don’t care who gets the credit.” Charlie embodied this every day of his life. Tuskegee Airmen National Scholarships were announced in September. Every chapter can submit up to 5 applications. For the first time in history, with Charlie as the Chairman of the Chicago “DODO” Chapter Scholarship Committee, the chapter distributed scholarships to all five of their applicants, allowing outstanding high school students to attend universities around the world. Charlie also enjoyed working as an active volunteer for the organization’s monthly EAA Young Eagles flight rallies, which offers free airplane rides to youth, ages 8-17 years old, in order to expose them to a world d of aviation.

Charlie enjoyed being a longtime and faithful member of this legendary, charitable, African American organization. Founded in 1908, it consists of leaders who mentor and financially support the African American Community. The Frogs’ mission was to build a best-in-class professional organization for Black theatre professionals and those in arts-driven professions that rivaled the American Actors Benevolent Association, which did not permit Black membership. This leadership, to this day, contributes to its beneficiaries “anonymously.”

Charlie joined this organization in approximately 2013, which is 100% African American owned, and where Captain Kenneth Rapier is CEO. This organization consists of commercial pilots, US Military Veterans and former law enforcement officers. They train students (age 16 and up), individuals and employees of corporations to become licensed drone pilots.

Charlie was preceded in death by his loving parents. He leaves a loving legacy as a man of great faith, humility, determination, and strength. One of his favorite scriptures was when Jesus said, “Why are you fearful, O ye of little faith?” –Matthew 8:26.