Black History Month: Honoring the Heroes Who Forged Their Dreams 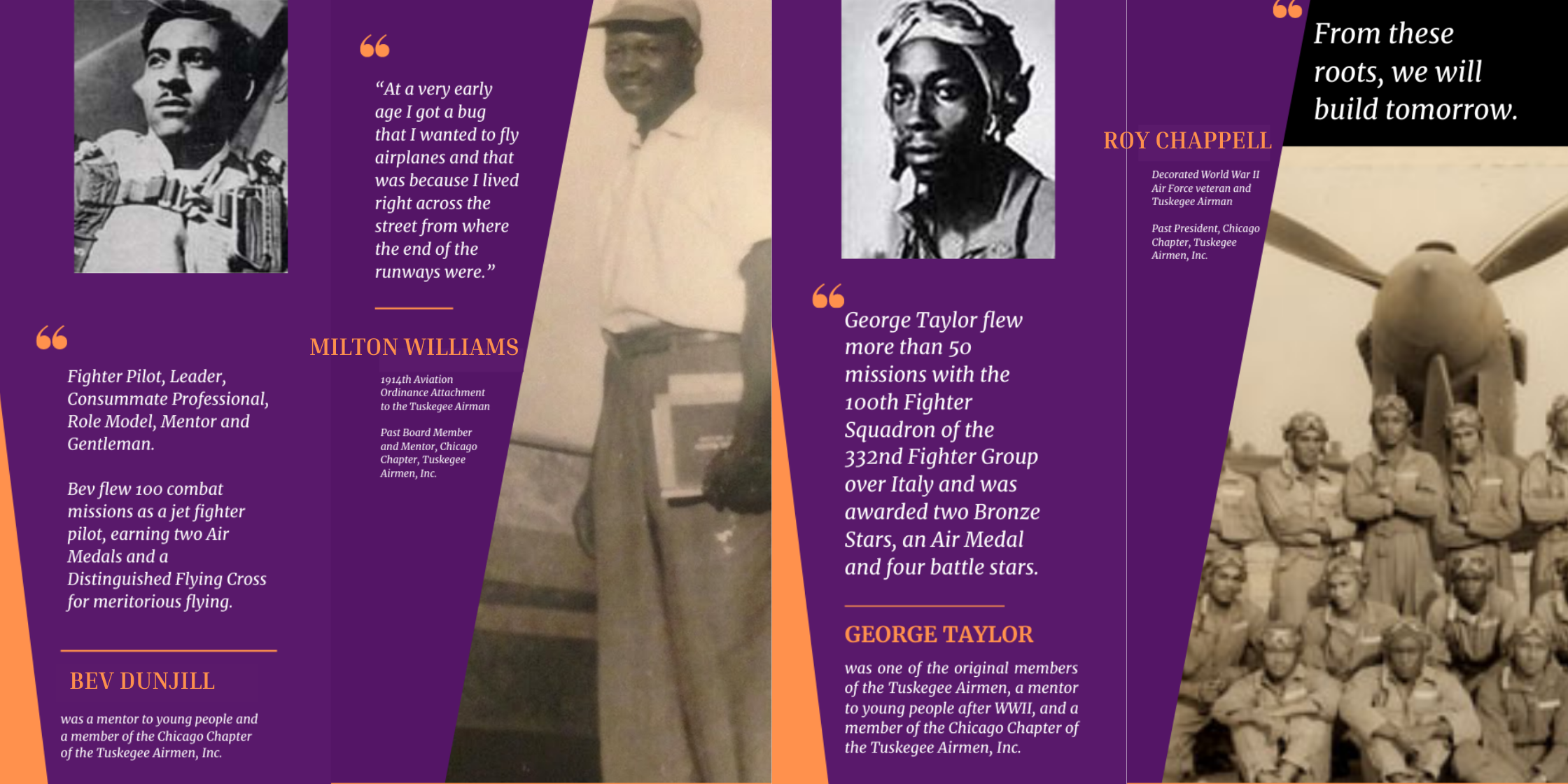 The Chicago Chapter of Tuskegee Airmen (CDCTAI) evolved from a social club organized by WWII and Korean War veterans returning home with tales of achievement and a well-established record of overcoming adversity. These men and women then turned their attention to what they could do to help the next generation.

The team at RBS Drone Technologies embraces these same values. In fact, everyone involved in RBS is also a member of The Tuskegee Airmen Chicago “DODO” chapter.

Today we are inspired by leaders of color in the aerospace industry who continue to forge the way to build equity in the workplace and society. The Organization of Black Aerospace Professionals (OBAP) created the OBAP Hall of Fame to honor notable individuals for their unwavering commitment to their careers and contribution to the industry at-large. Recent inductees include Icema Gibbs, JetBlue’s Director of Corporate Social Responsibility and one of the airline’s founding members. Major General John H. Baily II is the first black 2-star General in the Texas State Guard, and founder of the Bailey Military Institute for middle and high school and junior college.

Locally, in Chicago, we continue to be amazed at the work of Tammera Holmes, founder and CEO at Aerostar Avion Institute. Tammera is an award-winning international speaker, featured on NBC Nightly News with Lester Holt, Steve Harvey, ABC, FOX, PBS, in Forbes, TED Talk “Get Kids High,” National Aviation impact award winner, Illinois Aviation Hall of Fame Inductee, and Chicago Top 40 Game Changer, 40 Under 40 class of 2017. She was inspired by her first flight as a teenager, with our local Tuskegee Airmen Chapter’s Young Eagles program.  (See Tammera talk about that experience on NBC News, with RBS Drone Technologies, Inc. co-founder, Capt. Ken Rapier, in the cockpit.)

Remembering those Who Paved the Way

In honor of Black History month we share the stories of some of the original members of the Tuskegee Airmen and our dear friends, who were from or settled in Chicago. Click each name here to learn more about each hero featured above (Roy Chappell, Bev Dunjill, George Taylor, and Milton Williams) and visit the Chicago Chapter Tuskegee Airmen website to learn more about the Chicago connections and leaders.