Q & A for Teens by a Teen: How to Become a Commercial Airline Pilot - RBS Drone Technologies
Skip to content
CALL 888-316-8889Chicago, IL

Q & A for Teens by a Teen: How to Become a Commercial Airline Pilot 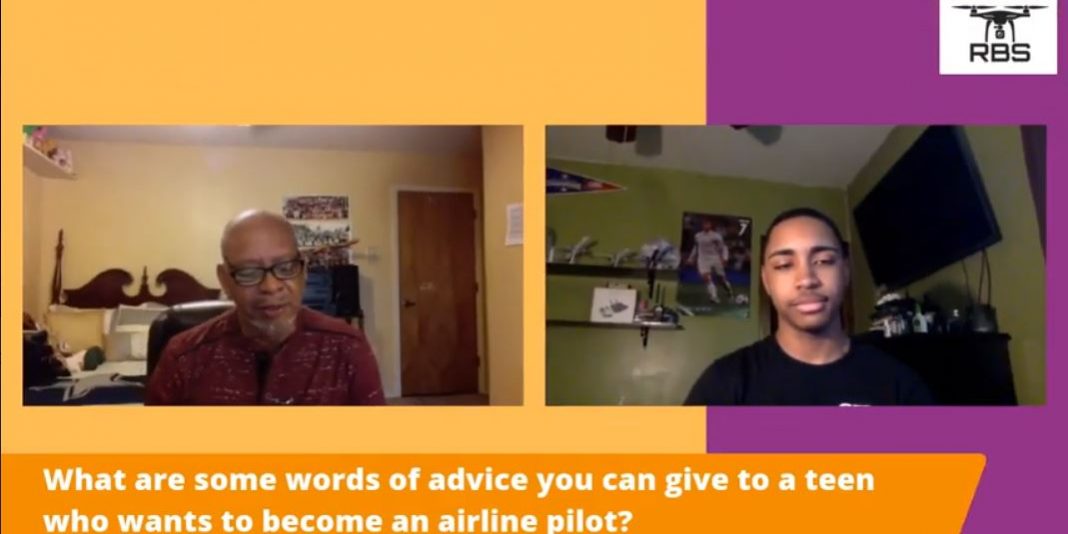 The team at RBS Drone Technologies, Inc. is committed to helping as many young people as we can and to support teens who want to be a drone pilot. Or a pilot, for that matter. Sean Littleton is a high school junior in Chicago, is one of those teens. Sean completed his Drone Pilot Training with RBS Drone Technologies, Inc. and plans to take his FAA Part 107 licensing exam in the coming months.

Sean’s professional career dream is to be a licensed commercial pilot with a major commercial airline. He sits down with Captain Don, a long time pilot with the specific airline where Sean wants to work! (You can read Sean’s last interview, with Ryan Walsh, CEO of Valqari, a company developing drone deliver solutions, here.)

Sean is a Senior Patrol Leader, Jr. Assistant Scoutmaster and Life Scout with Boy Scouts of America. He’s a student and instructor with the Bessie Coleman Aviation All Stars, participated in the NASA Wings program at SIU Carbondale, among other aviation leadership activities.

Watch their interview now, and learn more about Captain Don below.

Capt. Don Buford was born in 1950 in Munford, Tennessee. He was the son of a sharecropper and grew up picking cotton, corn, and other farm activities. Capt. Don, as he has been known across his professional career, was introduced to flying through the ROTC program at Tennessee State University. When he entered the ROTC program, he passed the officer exam and the pilot’s exam and became student pilot.

When he graduated, he went into the Air Force as an officer. Capt. Don served in the Air Force from 1973-1980 as part of the 343rd Reconnaissance Squadron, where he collected intelligence information around the world. He was the first black pilot and the only one during the time he was in the unit in the Air Force. He has traveled all over the world, including England, Japan, Greece, Alaska, the Philippines, and…Nebraska. Capt.

Don received 6 Air Medals (meaning that it was a dangerous operation), which someone receives during wartime activities (Vietnam War). After leaving the Air Force, Captain Don was hired by Southwest Airlines in 1982. He was the second black pilot hired by the airline. He was a First Officer, then became Captain in only two years (it takes some people more than 10 years to become a Captain).

Captain Don was selected to become a check pilot in 1991, which means he would give other pilots in all phases of their pilot careers their check rides (check rides = basically checking to make sure a pilot’s skills are still good). In 1989, he became involved in recruiting pilots. In 2015 he retired and was brought into HR as a part-time recruiter, where he does things like attends conferences to recruit future pilots and conducts interviews.

In his free time, Capt. Don likes to exercise, golf, and watch any and all sports. He’s a big Dallas Cowboys fan as well as Texas Longhorns and Baylor Bears.