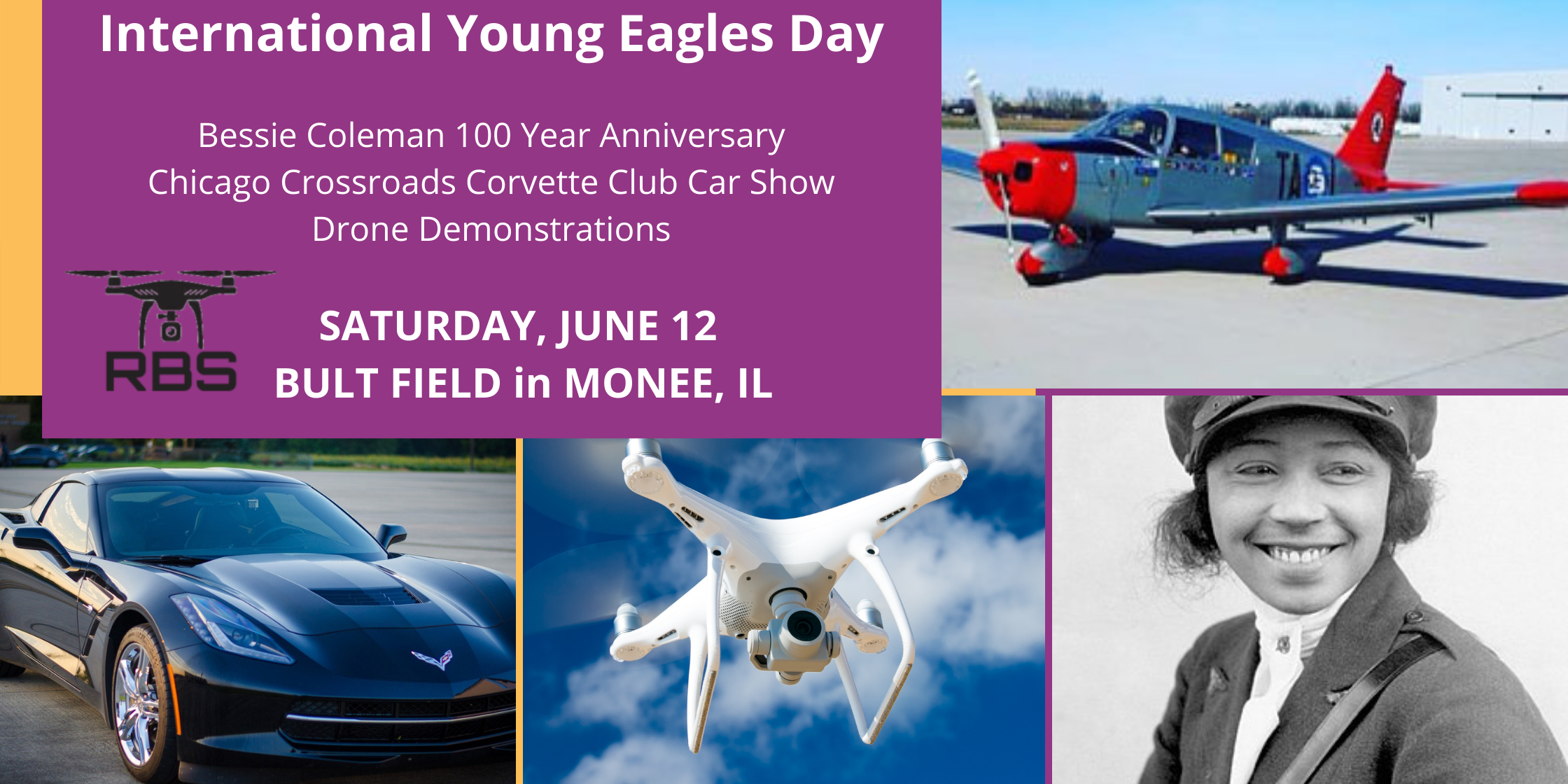 The program will feature an Experimental Aircraft Association Young Eagles Rally for CCCC families in the morning, followed by a celebration honoring the 100th Anniversary of Bessie Coleman receiving her pilot’s license (on June 15, 1921).

A Tribute to Bessie Coleman

It was 100 years ago when Bessie Coleman, born in Texas and raised on the South Side of Chicago, was smitten with flight. But she could not pursue her dream to become a pilot in the U.S. because of her race. That didn’t stop her. On June 15, 1921, she became the first African American and Native American pilot in the world by earning a pilot’s certificate from the French Fédération Aéronautique Internationale. (Read the full article here.)

The Tribute to Bessie Coleman will take place from 1 to 3 pm. Guest speakers include David Brown, Gigi Coleman (Bessie’s Great Niece), Kellee Edwards, Casey Grant, and Tammera Holmes, founder of the AeroStar Avion Institute. There will be a posting of the colors by Civil Air Patrol Coffey Squadron; Flyby by EAA Chapter 260 pilots (tentative, between 2 and 3 pm) and Flight Simulators by Derrick Henry.

Fun for the whole family!

Enjoy an All Day Car Show with the Chicago Crossroads Corvette Foundation, plus Drone Demonstrations from RBS Drone Technologies, Inc. The American Legion Food Truck will be onsite.